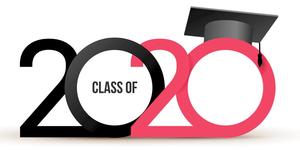 Dozens of Businesses and Individuals Joined the Effort Gifts Presented to Every Member of the Class of 2020

City Councilor Michael McLaughlin was a driving force behind Everett High School's "Celebrate a Senior" initiative, as he made a generous personal donation and enlisted the assistance of several businesses and individuals to ensure that the first-of-its-kind effort was a complete success.

McLaughlin and his girlfriend, Patti Frati, made a $1,000 contribution to the effort, in which every member of the EHS Senior Class was presented with a $50 gift(s) as part of last week's Senior Week festivities. In addition, the Councilor successfully lobbied several businesses and residents to join the cause. In all, McLaughlin and Frati's efforts resulted in 120 gift cards being distributed to seniors on Friday, May 29.

"When I heard about this project, I vowed to do everything possible to make it a success," McLaughlin told Superintendent Priya Tahiliani and EHS administrators last week. "I would not be where I am today were it not for the guidance and support I received in the Everett Public Schools."

"On behalf of the EPS, my sincerest thanks to Councilor McLaughlin for his commitment to our 'Celebrate a Senior' campaign," said Superintendent. Tahiliani. "He went above and beyond in his personal generosity and in his advocacy for our students."

The Superintendent also thanked every single person and business that made a donation to the initiative, which generated more than $35,000 in gifts for EHS seniors.